To discover a new species, or rediscover an animal thought to have become extinct, must be the highlight of many naturalists’ lives and an experience which I can only dream of. To meet people who have devoted years to trying to find such a creature is a rare privilege, and one which came my way at the Romsey Town and Country show in Hampshire one September

I was in the craft tent when I came across Lena and Paul Bottriell. They were selling copies of a book Lena had written. Having talked to them about their quest and been inspired by their enthusiasm, I was hooked, and promptly bought the book. It was entitled “King Cheetah. The Story of the Quest” and was about their efforts to confirm the existence of a new big cat species, the King Cheetah.

Having always been interested in wild cat species, their brilliantly written book made fascinating reading. Their aim, in the 1970’s, was to prove that the King Cheetah, also known as Cooper’s cheetah and originally labelled as a separate species by Reginald Pocock in 1927 (but retracted due to lack of evidence in 1939) actually existed, as it was only known from a couple of dozen skins. They were to spend years researching evidence of sightings, looking for photos, seeking more skins, and even mounting an expedition to try and prove its existence.

The King Cheetah was only known at that time from a few ancient skins, stuffed specimens and reports. No concrete evidence of a living animal was available, although various witnesses were convinced of its existence. It appeared to inhabit land in the north of South Africa, including the Kruger National Park, and then west to embrace an area of Botswana, north to Zimbabwe and east to Mozambique. In most cases the habitat it was seen in tended to be woodland. In appearance, it seemed larger than the average cheetah, with long, silky hair, particularly on the neck. It also always had three broad stripes running down the centre of its back onto a striped and ringed tail, and irregular black blotches covering its sides and legs against a creamy background. As such, it appeared to be potentially one of the most attractive looking of the big cats.

The Bottriells eventually mounted an expedition in the Kruger National Park, one of the places where the animal had apparently been seen, to try and provide evidence of its existence. This took place in 1979/80 and included the novel use of hot air balloons as a method of covering the ground. They were largely unsuccessful in their quest, although they did get images on camera of a possible king. The interest in the cat would probably have waned had it not been for a stroke of luck at a cheetah breeding centre in South Africa called De Wildt.

De Wildt was established in 1971 to try to breed and protect the cheetah, whose numbers had crashed to about 600 in South Africa. Linked to Pretoria zoo, the establishment was set up by Ann Van Dyk and her brother, who believed passionately that the cheetah should have a future. Due partly to its almost identical gene pool and low sperm count, the cheetah has always been notoriously difficult to breed in captivity and it was Ann Van Dyk and her helpers who managed to find a successful way of regularly breeding them. In 1981, by chance, two ordinary female spotted cheetah sisters named Jean and Jumper, escaped from their enclosure and mated in another enclosure with a wild caught spotted male named Frik, who was from the area in which King Cheetahs were supposed to have existed. The sisters’ parents had also been captured wild from the same area. Both females produced a king cub within their litter, one being a male and the other a female. All the parents must have contained the King’s mutant or recessive gene which led to the birth of the two King Cheetah. As far as the scientists were concerned, the case was solved. They felt sure that the King Cheetah had a recessive gene which manifested itself in blotches instead of spots, similar to the variations of domestic tabby which can also be in spotted or blotched form. To the scientists, the King Cheetah was no more than a mutant variety of the ordinary cheetah.

The Ann Van Dyk Cheetah Centre, as De Wildt’s is now called, has raised over 800 cheetah cubs since its creation, including a number of King Cheetah. It is acknowledged as a world expert on cheetah breeding and conservation. Due to its success, the cheetah has been removed from the South African list of critically endangered mammals. The centre has also released some cheetah back into the wild in protected areas. However, despite its excellent work, the cheetah is still persecuted in South Africa and Namibia by some farmers. In the world at the present time there are approximately fifty King Cheetah in captivity, these being descended from the De Wildt’s Kings and perhaps up to ten in the wild.

So, is the debate about the origin of the King Cheetah complete? Not totally. Scientists still discuss many of the odd facts that link to this animal i.e.. why its guard hair appears similar to that of a leopards and apparently different to that of the ordinary cheetah, and why the skin patterns of King Cheetah are almost identical.

In the concluding chapter of her book, Lena Bottriell makes a strong case for the argument that the mutant gene of the King Cheetah is actually a gene responding to a different environment, i.e.. woodland instead of open grassland. She concludes that the King Cheetah could represent a mammal which is evolving before our eyes into a new species, sacrificing speed for size and strength; a more suitable camouflage for a woodland environment it can safely inhabit.

Whatever eventually proves to be the truth of the debate, there is no doubt that the King Cheetah is a superb looking and very interesting animal. Long live the King!

As a postscript to this article I have discovered an interesting clip on You Tube. Entitled “King Cheetah” by moonbear 44, the clip shows part of an interview with the Bottriells and includes the only known footage of a King Cheetah filmed in the wild. Enjoy! 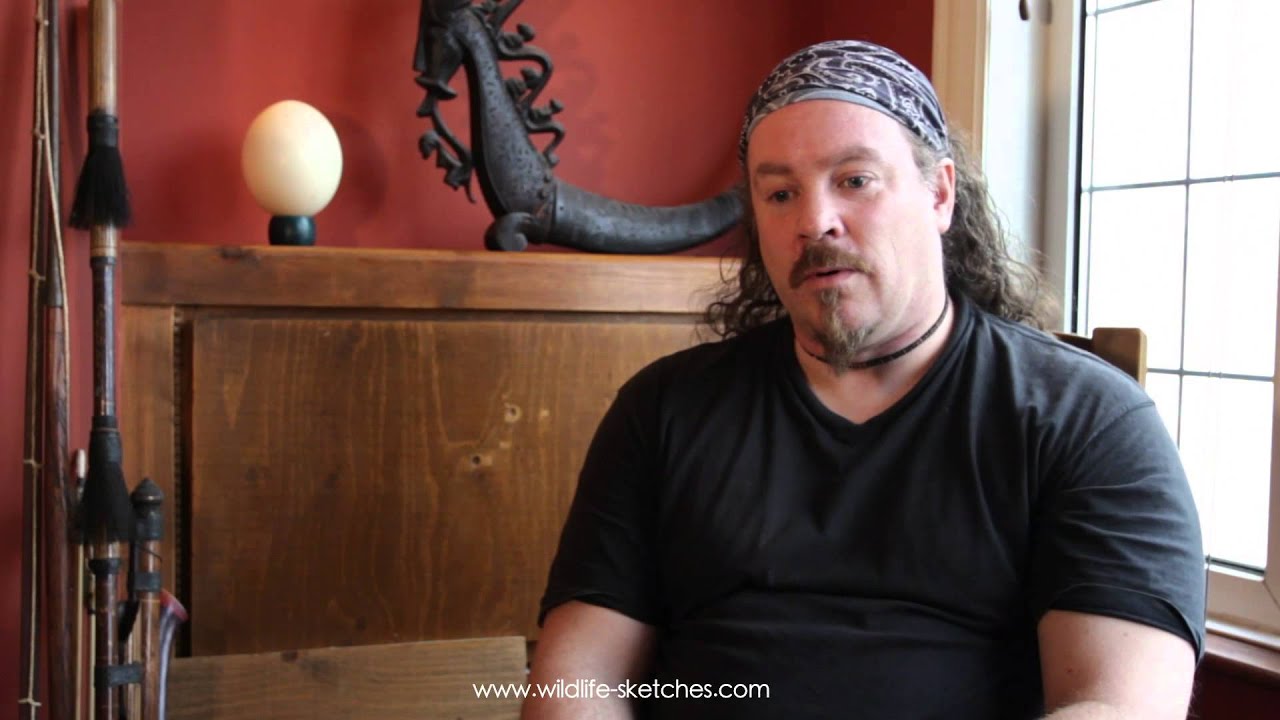 A Portrait of an Artist, David Dancey-Wood.

An audience with the King, by Jon Isaacs.

The Amur leopard, aka the Manchurian or Far Eastern Leopard...by Jon Isaacs.

David Dancey-Wood appeals on behalf of Crocodiles of The World

A Portrait of an Artist, David Dancey-Wood.